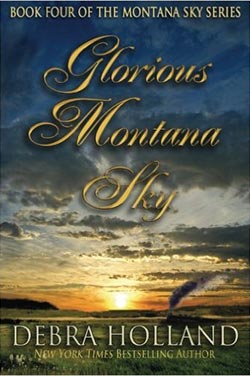 After spending nine years as a missionary in Africa and losing his wife to illness, Joshua Norton is exhausted, emotionally and physically. He returns home to the frontier Montana town of Sweetwater Springs with his estranged nine-year-old son in tow, hoping to rebuild his relationship with the boy.

Meanwhile, New Orleans resident Delia Fortier plots to escape the terrible fate her mother has planned for her: becoming the mistress of a cruel, powerful politician. The mixed-race secret daughter of a wealthy Creole businessman, Delia boldly seeks help from her father’s family. Although the rest of the family spurns her, her father is delighted to learn of Delia’s existence and offers her an opportunity: travel west with him, pretending to be his legitimate daughter.

When Joshua and Delia meet, their intense attraction is undeniable. But will Delia’s secret stand in the way of their love? Or will prejudice destroy their future…and their lives?