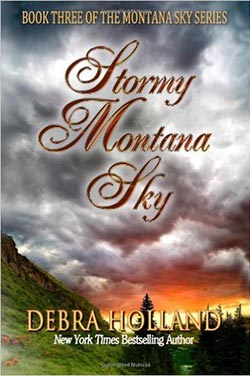 Schoolteacher Harriet Stanton believes she is in love with newly-married Nick Sanders, until a mysterious stranger rescues her from an accident. Newspaper reporter, Anthony ‘Ant’ Gordon, is chasing Lewis, the man who murdered his sister and kidnapped his nephew, David. Harriet and Ant join forces to find David. When they do, Ant fights with Lewis. The kidnapper falls off a cliff, and is presumed dead.

Ant hires Harriet to help David recover from his long ordeal. Because of romantic pain in his past, Ant tries to ignore David’s lovely teacher and concentrates on developing a newspaper business. In turn, Harriet compares Ant unfavorably to Nick. Both deny their growing attraction, until, unknown to them, Lewis resurfaces--bent on revenge. Will they live long enough to acknowledge their hidden love?